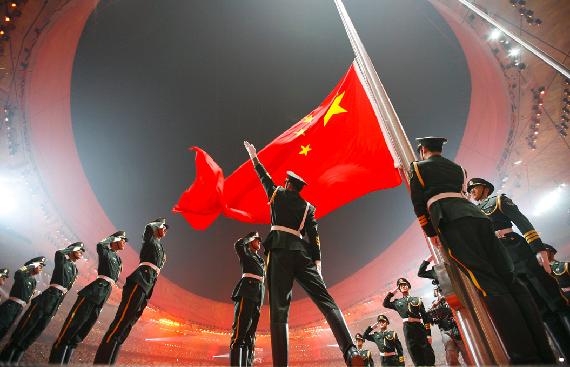 German Resistance in cooperation with ARTE DOCUMENTATION, Xi Jinping, from 08.07.2021 THIS ARTICLE DESCRIBES THE PROBABLE BACKGROUND OF WHAT IS HAPPENING TODAY. WUHAN, COVID, 5 G, SECRET TAKEOVERS, MASSIVE REDUCTION OF THE POPULATION OF A SLOWLY TRANSPARENT “POWER” OF THE SILENT RED DRAGON! +++++Has China bought the “actors” and turned them into “fool cissts”? We should ask ourselves. Why? How can people like you and me, decide against you and me?+++++ ++++ THIS ARTICLE IS FOR YOU TO ATTENTION AND TAKE INTO ACCOUNT THE SIGNS OF THE TIME. PROTECT YOURSELVES AND YOUR FAMILIES. DIVISION IS READY TO BE MADE. LOOK CLEARLY AND UNDERSTAND THE “COUP” AGAINST THE WORLD POPULATION. 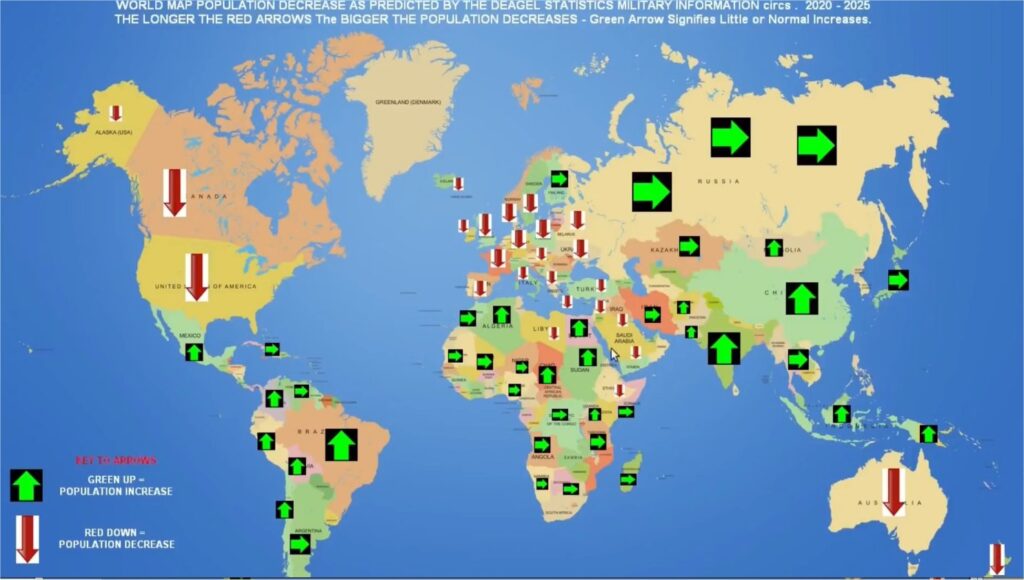 ++++ Three communists in the same “outfit” AND A SUPPORTER FROM FRANCE! 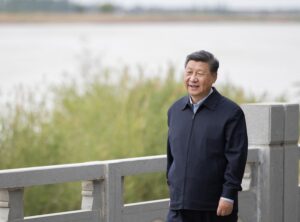 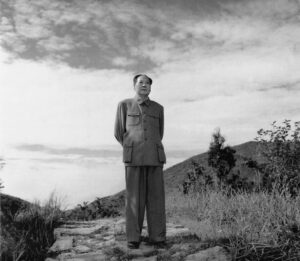 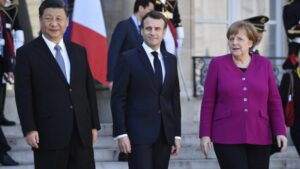 Sources: Stuttgarter Nachrichten, Münchner Merkur, NY Times, Süddeutsche Zeitung “If Xi Jinping succeeds in realising his plan, an authoritarian regime will determine the course of the world” So concludes a sensational documentary by ARTE from Friday 08.07.2021. In it, it is impressively explained why China has been preparing the war against the rest of the world for years and will complete it by 2025. Neither bombs nor shots will fall – but there will be morecasualties than in all previous wars. Communist leader Xi Jinping is completing what Mao set out to do and is waging an almost invisible vendetta against the rest of the world. The subjugation of China by Britain and other states in the Opium War has eaten too painfully into the minds of the Chinese rulers. Now is the time to cunningly eliminate political opponents. 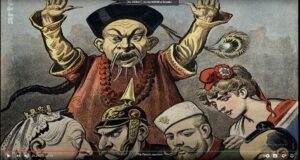 In the process, it is easy to see exactly who is on the payroll of the Chinese communists. Klaus Schwab introduced his Chinese boss at the World Economic Forum and bluntly explains the communist goals of Chinese world domination in a “Great Reset”. Source: Telegram 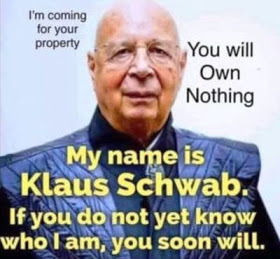 Klaus Schwab has two adult children, Nicole Schwab, co-founder of the Gender Equality Project in 2009, and Olivier Schwab, who is married to a Chinese woman and heads the WEF office in Beijing. Source: Both sibling images Wikipedia 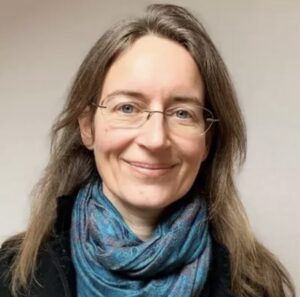 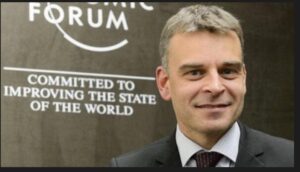 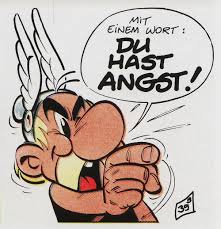 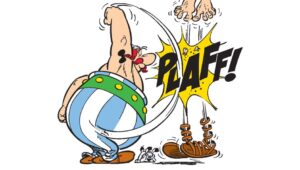 Since China’s biggest enemies are the USA, Britain, Germany, France, Israel and Australia, political leaders here have been “reoriented” and are now playing a macabre game against their own peoples. What exactly is the US saying about this. Trump saw China as enemy No. 1, Biden (who is he anyway) is obviously playing the US into China’s hands? Instead of being present and alert everywhere in the world at the same time, the US military should focus more on China. This is what US Secretary of Defence Lloyd Austin has announced.

The communist People’s Republic of China is becoming more powerful politically, economically and militarily. Technologically, its armed forces are being overtaken. The threat to South Korea, Japan and Taiwan as well as to the countries bordering the South China Sea is growing.

The USA has been keeping a particularly critical eye on China for years. But that is not enough. US Secretary of Defence Lloyd Austin has officially ordered the Pentagon to focus even more on China 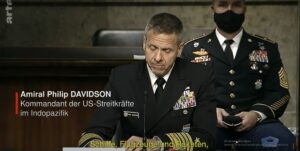 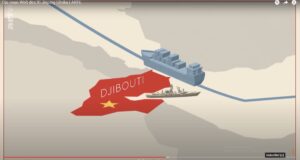 China proceeded strategically and first secured large parts of the African continent. In Djibouti, the first Chinese military base outside China was established on the Horn of Africa, on one of the most important sea routes, the Karakum Channel.# Did you know that? Be honest!

Greece was the first European country to submit to China, several European Eastern Bloc countries followed, blackmailed by loans for coal-fired power plants and motorways and ports. In parallel, the Chinese copied the American military build-up, true to the words of Mao: “All power comes from the barrels of guns”. In the past, they have repeatedly emphasised the need to create a new world order and that this is only possible with Chinese communism. Social media like Facebook delete and block all posts critical of China! The expansion of the Silk Road is far from complete with the purchase of the largest inland port in DUISBURG.

Groups and organisations around Bill Gates, Anthony Fauci and many others financed the laboratories in Wuhan and the necessary vaccines, according to ARTE. The plan to conjure up a threat with invisible viruses is not new. What was not yet enough for a serious global threat scenario with HIV, SARS, etc., has now been created as a weapon with Covid19. Yet the most important goal for China and its accomplices is to “inject” as many people as possible with vaccines. This is the most modern and silent weapon in this war. Mass injections can be used to eliminate potential adversaries. It can be determined exactly who gets which vaccine, so that these people can then be eliminated in a targeted manner. Preferably with “cross-injections”, meaning “everything mixed”! THE“MILITARY WEAPON 5 G” PLAYS THE DECISIVE ROLE IN THIS! Unfortunately, people do not want to understand the connections between the “injection with a dubious, dangerous substance”. They do not want to understand, they will not want to know. THIS IS A DISEASE OF CIVILISATION, IT IS CALLED “COGNITIVE DISSONANCE”! Source: German Resistance 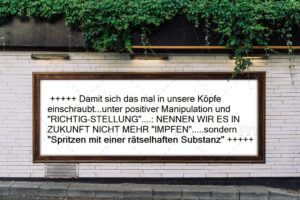 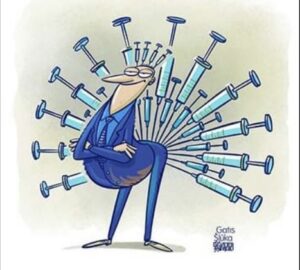 The development of the global Silk Road will set the stage for the annexation of the planet by the Chinese. 25% of the world’s population is Chinese and they will then easily establish Chinese communist world government everywhere.

This is all happening relatively quietly and people are mainly focused on if and when Trump will be back in office, whether the Greens will win the elections in Germany and how climate change is going to happen. Only a few people know that these will soon be the least important debates. Because the conditions are now in place, too many people have been vaccinated and can be eliminated at the push of a button. So we will have to endure a lot of personal suffering until the final year 2025, when the Chinese plan of the Great Reset will be fulfilled. The French and the English were responsible for this. Merkel is the communist accomplice with the infiltration of old SED communists The humiliation of the Chinese through the Opium War (then the Boxer Rebellion) runs deep in the roots of the Chinese!

WHO OWNS EUROPE OWNS THE WORLD After the KUKA takeover, GABRIEL recognises the danger from China:

Greece the first Trojan horse in Europe. Perfectly prepared by the bail-out. Here is the definition of both models: What is a bail-in?

WHEN GREECE COULD NOT MEET ITS PAYMENTS TO THE EU, SUDDENLY GERMAN AND INTERNATIONAL BUYERS FOR AIRPORTS; SEAPORTS AND MOTORWAYS WERE ALSO AVAILABLE. THEN EVERYTHING WENT VERY QUICKLY WITH THE SELL-OUT OF “GREECE”. SO THE Fraport AG (of Frankfurt Airport; under commercial law: Fraport AG Frankfurt Airport Services Worldwide) with its headquarters in Frankfurt am Main; is the listed operating company of Frankfurt am Main Airport, SHOULD HAVE IMMEDIATELY BUYED THE MOST IMPORTANT AIRPORTS IN GREECE! Dear reader, in this Part II we have not even shown you the tip of the iceberg. We are working at HIGH PRESSURE on Part III. WE WILL RELENTLESSLY PASS ON TO YOU ALL THE CORRELATIONS 1:1. AFTER THAT, MAN SHOULD DRAW HIS CONSEQUENCES, WITH ALL THE MEANS AVAILABLE TO “YOU”! NOTE….. YOU HUMAN, ARE “NOTHING” FOR THESE CREATURES! ARTE: ONLY 2.5 MILLION TRAINED SOLDIERS ARE READY AGAINST US, ACCORDING TO XI JINPING. 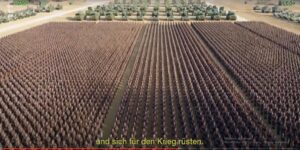 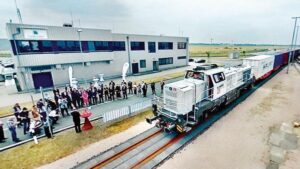 All unmarked photos are from the video “ARTE” Kind regards from the editorial staff of the “German Resistance”.